The Zenobia wreck in Cyprus is the best wreck by far in the mediterranean and is voted regularly as one of the top 10 best wreck dives in the world.

Due to the sheer scale of this wreck, the many areas to explore with so many points of interest, the accessibility with depths of 17 to 42 metres and fantastic marine life, you can easily see why this is a dive haven for all levels of recreational and technical divers.

The Zenobia was a ro-ro ferry travelling from Sweden to Syria and what many may not know this was actually her maiden voyage. Carrying her cargo of 104 lorries of all sizes and types, trailers, forklifts and even the captains car she developed major problems with her computer ballisting system. The Zenobia made a number of stops to rectify the situation and on her final leg the problem seemed to have been solved. Unfortunately the problem of salt water being poured into her port side returned while she was passing close to the shores of Cyprus, not far from her final destination. She was taken into the port at Larnaca, but it was soon realised that the issue could not be resolved and the Zenobia needed to be towed back out to sea to prevent her from closng the port if she sank there. 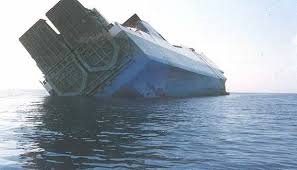 The Zenobia was then taken out of the main shipping lanes and about 1km out to sea. Further efforts to save her were made but she continued to list and take on water, finally after a couple more days the Zenobia sank down to the sea bed on her port side with all of her cargo still on board. The date was the 7th June 1980 at about 2.30am.

There were a number of conspiracy theories including an insurance fraud and espionage from the Israeli secret forces to stop a shipment to Hezbollah in Syria. Whatever the reason it wasn't too long before the diving world took over this fantastic wreck.

Diving on the Zenobia there are so many dives and places you can visit, you could dive her for a week and not see it all. There are 3 lorry decks and a range of depths you can dive for a start, and of course all depending on experience and qualifications. There are the captains quarters, the cafeteria, the accommodation area, the bridge, the massive propellers, the chain locker, lift shaft, launderette and engine room to name a few. The decks of lorries all have completely different cargo that can be clearly seen and the lorries are from a variety of different countries. 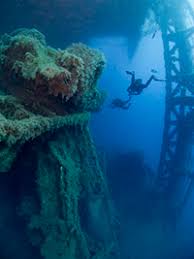 As well as all the metal to see the Zenobia has also been a protected marine reserve for many years and serves as a massive artificial reef. An abundance and vast range of marine life can be found all over the wreck. This includes breams, wrasses, triggerfish, groupers, barracuda, sea stars, jacks, sea cucumbers, nudibranchs, turtles, parrot fish, damsels, squirrel fish, anenomes, sponges, anthias and so much more. For marine life fans it is one of the top dive destinations in Cyprus and easily rivals the Red Sea in terms of numbers.

The Zenobia wreck is a loss to the original owners but is a massive attraction for diving tourism and has made tens of thousands of divers very happy over the last 38 years. Long may it continue.