Diving in Cyprus with Aliens !

During the winter and spring months in Cyprus there is an explosion of life that is so varied and vast it is like discovering new alien life forms every day. There is a mass of marine life being carried on the sea currents with millions of small life forms including jellies, planktons and young organisms enjoying the cooler waters.

Large jellyfish arrive and can be seen in big numbers all around Cyprus. Only this week we rescued a number that had ventured into all sorts of areas of the Zenobia wreck and had to be helped back out into the blue. They mass together in big shoals and come into the shallower waters to spawn before venturing back into the deep. We have seen them in Paphos waters and over in the north off the Akamas National Park. Beautiful, strange and majestic creatures they are fascinating to watch as they endlessly propel themselves through the water.

Other types of jellies are seen in massive numbers with venus girdles, comb jellies and organisms of all shapes and sizes. It really is like a scene from an alien planet, but then of course as divers we are always exploring a different planet. With their flashing spectrum of lights travelling around their bodies they are awe inspiring to watch and some of the dive sites are like a large, thick soup of these stunning organisms. For many of them it is their time to spawn and we are constantly scratching our heads to identify this vast range of life and we see something completely new and fascinating on every dive.

Also massed in the water are millions of small organisms and plankton that look new to the world and are being carried off into the vast sea to spread the population far and wide. We see infant sea cucumbers about 15mm long and various sea urchins in small balls with intricate detail already on them. As for the rest of the numerous shapes we can only guess at what they are hopefully going to grow into. I can only liken it to when a coral reef spawns and the water is full of masses of various life forms being carried away to form new reefs elsewhere.

It is an amazing thing to witness and an incredible example of nature at work and we are so lucky to be able to witness events like this. 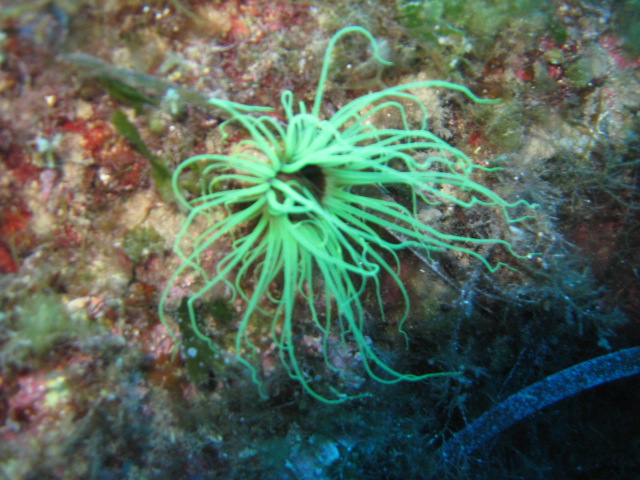