10 years ago a young, keen guy came to see me about diving and little did I know that this would be the start of 10 great years of diving together and a great friendship. John Leyden started his Padi Open Water Course and immediately I could see he was a natural diver and eager to be a good diver. We dived a lot in Paphos during and after his course and it wasn't long before he went on to complete his Advanced Open Water Course where he fell in love with the Zenobia wreck. The passion John had for diving this wreck would continue over hundreds of dives and still continues today.

As an Advanced Open Water diver John then really got into his diving and he joined us on many of our dive trips around the island. With trips to Latchi, the Akamas, Cape Greko, a number of wrecks and many Paphos sites it wasn't long before he was logging plenty of dives.

John then completed his EFR and Rescue Diver Course while also completing a number of specialities where he fell in love with the allure of deep diving and diving on Nitrox. The Zenobia wreck was then open for a number of deep dives where he could explore a whole new area of this fantastic wreck. We were then also doing a number of deep dives across Cyprus including Jubilee Shoals and St Georges Island. But still being at depth for a relatively short space of time would soon lead John onto other diving that would keep him down there for longer and enable him to penetrate the wreck further. His interest soon moved into technical diving. 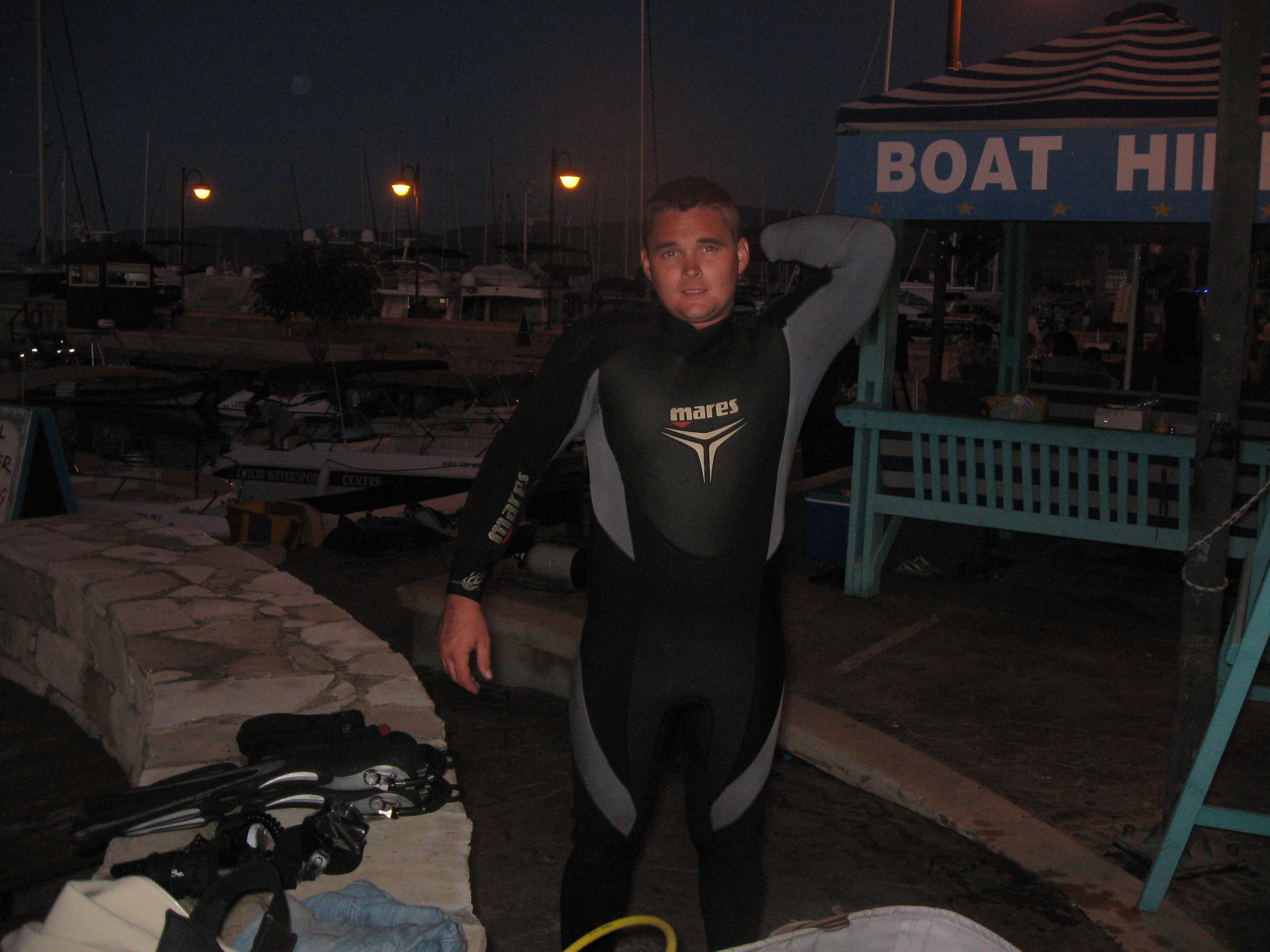 All this time John was great to be with and to dive with. His love and enthusiasm for the sport is very similar to mine so he really was my perfect dive buddy and John has always been a good friend. It was great to see him get so much from his diving and what he saw and explored on every trip. John loves the underwater world, the suprises it has in store and the different things it can let you see on every dive.

It wasn't too long then before John took the professional route and became a Divemaster. John loved this course and it took his diving to another level again. He has worked as a Divemaster for the Dive Centre for a number of years, when he can get the time off work, and is a great asset to the business. After all the diving in Cyprus he had done over the years he knows the dive sites intimately and now had the opportunity to show divers what he had been enjoying and seeing over all that time since qualifying. While doing this he also completed his fifth speciality and so also qualified as a Master Scuba Diver. This is the highest non professional qualification you can get with the Padi system and John by now had completed a few hundred dives.

Deep dives were always John's favourite so it wasn't long before he started going down the technical diving route and became a qualified technical diver. First of all he completed the TDI Advanced Nitrox and Decompression Procedures course which qualifies you to decompression diving to 45 metres. This then resulted in many trips to the Zenobia to dive deep around and into the wreck with many penetration dives into the lorry decks and the engine room. We did quite a number of great dives and discovered a lot together and are still planning many dives we want to do this week, this month and this year !

John has also crossed over to the Padi TecRec technical qualification and has just completed the Tec50 so is now doing decompression dives to 50 metres. His plan now is to go onto qualify in Trimix diving and become a commercial diver this year. Our technical diving plans are now to dive Jubilee Shoals and St Georges Island up to the 50 metre range.

I think to say he has a passion for diving is an understatement. It has been and still is a pleasure to dive with him and to teach him. John is the best buddy and friend I could ever ask for. Here's to the next adventure together and to lots more fantastic diving !