In recent years the Cyprus authorities, with support from the Cyprus Dive Centre Association, has been purposely sinking new wrecks in waters all around the island. The sole purpose being to develop more diving tourism to the island and to develop a number of marine reserves.

To date they have sank 5 new wrecks with great success in Limassol, Cape Greko and Paphos.

A number of marine reserves are planned including St Georges Island off the Akamas National Park close to Latchi. In between the 2 wrecks at Limassol a large artificial reef has been dropped onto the sea bed and this is now starting to develop it's own eco system with plenty of life moving in. It is a great dive on it's own now and covers a large area. This whole area is now a protected marine reserve and there are cameras installed to stop any illegal fishing. 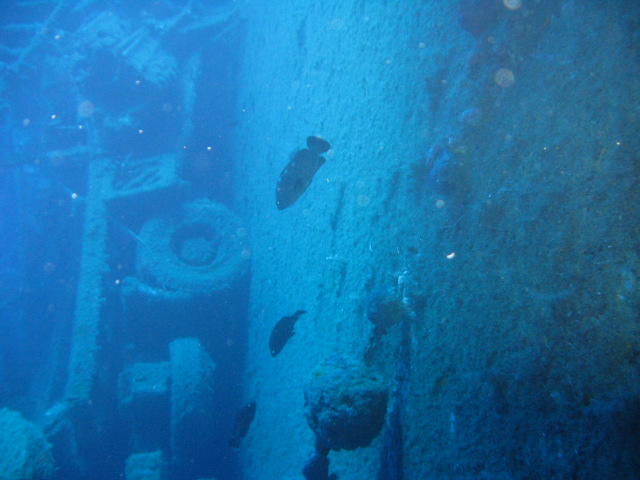 To date a number of new wrecks have been planned, discussed and funds in difficult times are trying to be raised. A new wreck off the coast of Latchi is now planned but exactly when we are still waiting to hear and there was a massive oil platform on the cards for a while but another country purchased it for scrap. Another platform though is in the pipeline with some monies having been budgeted for a future purchase.

These platforms are enourmous and sank in the right spot would give access to Open Water divers at the top and deep technical diving towards the bottom, with everything else in between. The deck, offices and living quarters themselves are massive and would keep you busy diving for weeks. They are at least 80-100m in height and would attract masses of marine life and divers.

So fingers crossed for the ongoing development of these current and future dive sites and we'll keep all updates fully posted.