Due to the recent events with COVID-19 it has already been well documented how the reduction of human activity has began to affect the natural world.

So what is happening out there ?

Reports have shown dolphins in the canals of Venice and more wild animals moving further into urban areas. Also the air quality has significantly improved in major industrial areas and only in just a few weeks. On a recent jog here in Cyprus I came across rabbits moving across previously busy major walkways and roads. Birds and particularly sea birds seem to be everywhere in Cyprus and in much bigger numbers than we have ever seen before.

Human activity, and particularly noise, obviously has a big impact on the prescence of wildlife. In big holiday destination countries like Cyprus there will be some big changes if the current climate continues over the summer. With a large reduction in beach numbers, sunbeds and umbrellas, watersports and major boat traffic we can expect a big rise in coastal marine activity.

In recent days we have seen big shoals of Mediterranean Mobula Rays off the Cyprus coastline just off the Akamas National Park. In 15 years I have never seen or heard of anything like this before.

We will be looking to document more unusual marine activity like this and hope we see a lot more extra activity ! 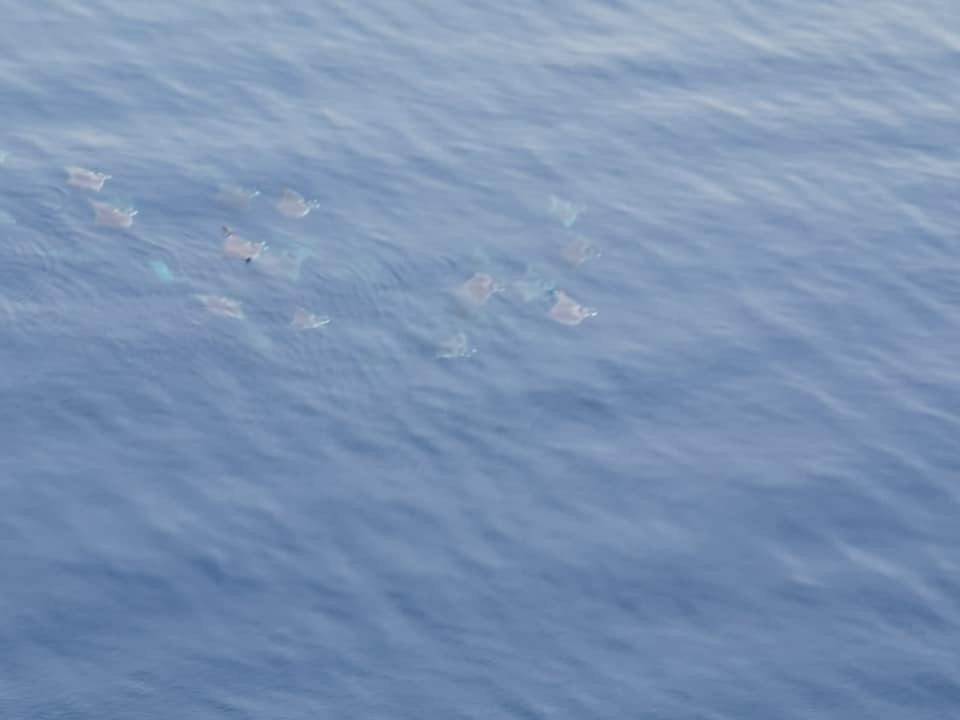 So is this due to less boat activity and less noise ?

Mediterranean Monk Seals, one of the most endangered species in the world, are very much affected by noise. It is well documented that females will not give birth to pups unless they can find an isolated and very quiet location. This has led in the main, along with fishing nets, to it's big reduction in numbers.

Turtles have definitely suffered from increasing tourism, and many beaches previously popular with nesting turtles now report almost zero nesting sites. Noise, general increased activity, beach obstacles and unwanted interference have deterred many females from laying thier eggs on traditional beaches. If traumatised or if a female feels unsafe they will discard their eggs into the sea and will not come out of the sea onto the beach to lay them. Many have been seen to be obstructed by beach obstacles and noise in a lot of beach areas can go on throughout the night.

We assist with the local Turtle Watch which helps safeguard turtle nests on Pissouri Beach, their eventual hatching and their safe journey back into the sea.

It will be very interesting to see what the numbers of nests are this year all around Cyprus, we believe and hope there will be a significant increase. Hopefully this will highlight our impact on these incredible creatures and make us think of some extra turtle friendly measures for our beaches when human activity returns to normal.