Many Faces of the Zenobia Wreck

The Zenobia Wreck is world famous for being a fantastic wreck to dive and one of the best in the world for a number of reasons.

For me the wreck has a lot of treasures. Some are hidden, some are rarely visited and some are just passed by without anyone noticing. There are individual areas to explore on the Zenobia each with it's own story to tell and each area can sometimes be it's own small reef within the one big one that is the wreck as a whole. 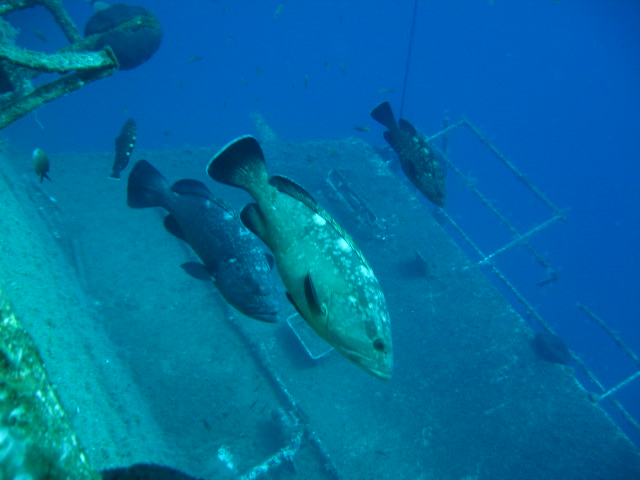 Diving between the funnels and out to the main mast is a lovely dive with it's own reef of fish and particular interest diving up to the crows nest. The bridge also has a mast and can attract a lot of marine life above, below and inside it.

There are a number of anchors at different depths with the port anchor buried in the sea bed, the starboard anchor still in it's sailing position and the spare anchor still attached on top of the bow. Each are the size of a small man and encrusted in organisms attracting more marine life to them. 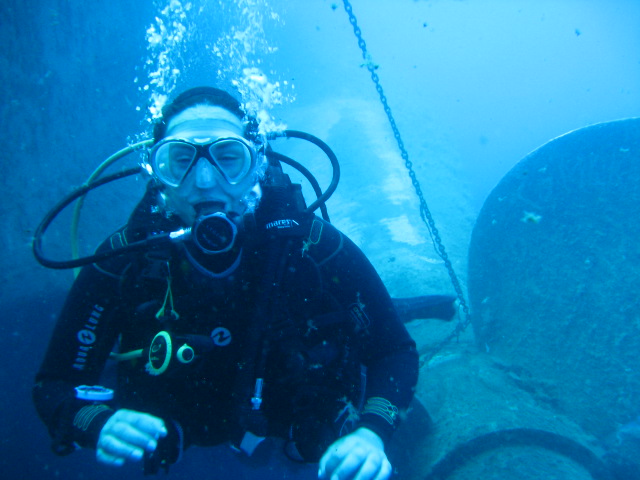 The twin propellors are a great sight to see with each blade larger than a large man's arm span and are often home to large groupers and moray eels. 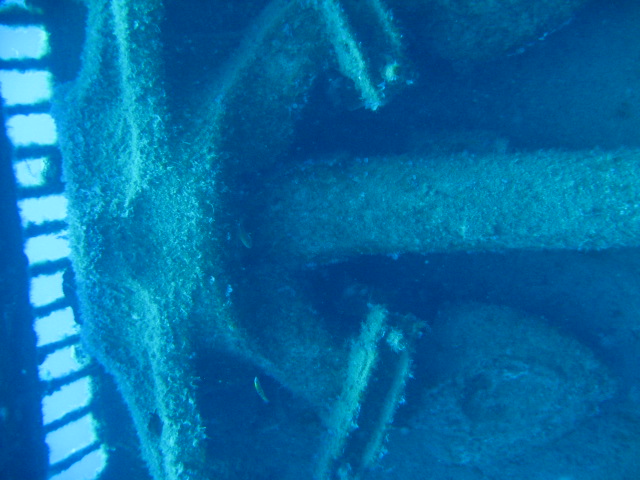 When penetrating the wreck you will also see a diverse eco system if you stop long enough to have a good look, so often people rush through these areas probably due to inexperience. The cafeteria has a lot of life making it's home on the various lines and light fittings with large sponges, sea stars and sea cucumbers in large numbers. Further inside through the accommodation you can see more of these along with cave dwelling fish, red sea stars and large spiny stars sometimes wrapped around fluorescent lighting as though it were devouring the whole thing. 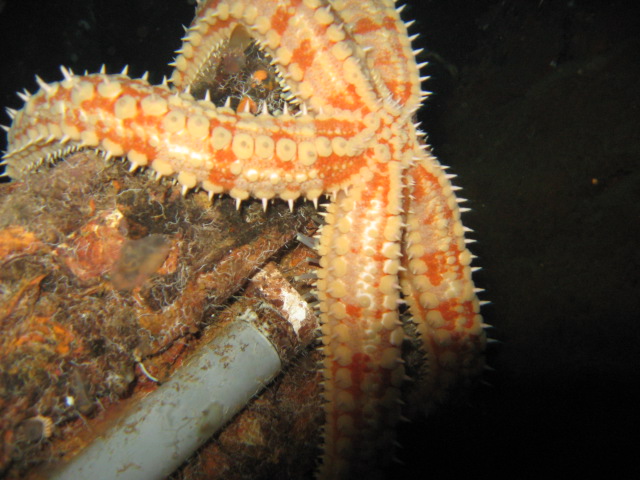 Each lorry has it's own reef of fishes, sponges, stars and fish etc. Some are home to large colonies of squirrel fish, some have a large resident grouper and some are havens for smaller fish trying to stay out of the way of the larger predators.

Also dive out from the wreck from the ro-ro doors, the funnels or the bow to see more large shoals of predators waiting just off the wreck and out of sight of most divers. These are waiting for the right moment to plan their attack on the thousands are varied bait fish that make the Zenobia their home. These include barracuda, jacks, amberjacks, tuna and even dolphins. 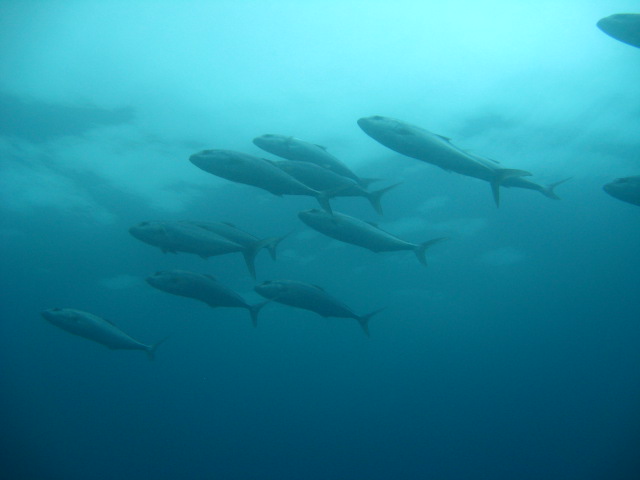 You can dive the Zenobia wreck for 2 weeks and still need more time to see all the great diving she has to offer.